Domestic Violence In Australia At Crisis Point, & Tony Abbott Cuts Funding To Services !!! Just How Low Can A Bloke Get?! 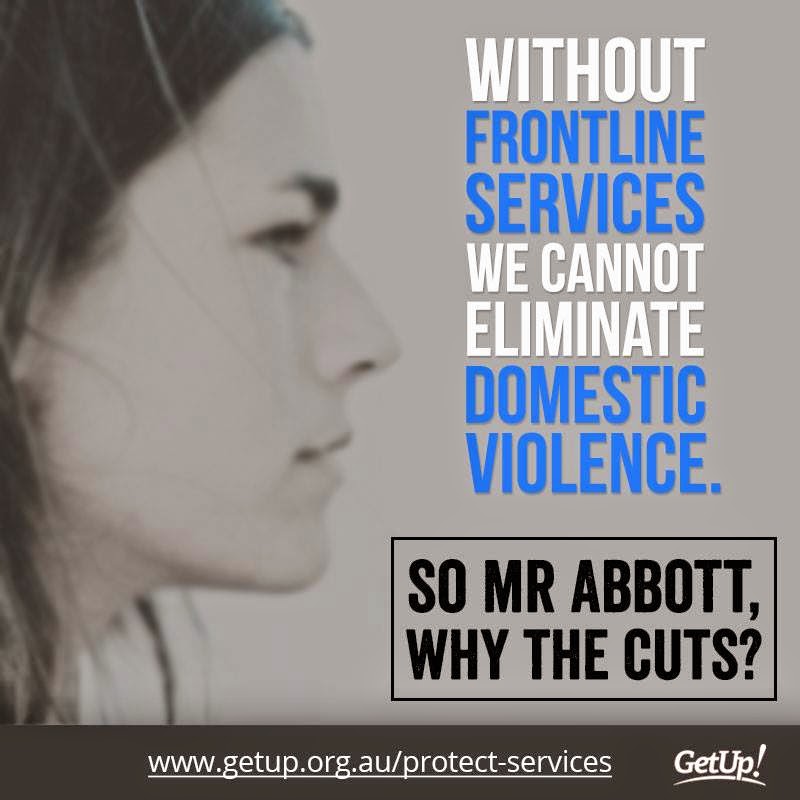 GetUp!
*Trigger warning: discussion of domestic violence*
Domestic violence in Australia has reached crisis point.
In Australia, 1 in 3 women over 15 have experienced violence. On average, a woman is killed by a current or former partner every week.
Tony Abbott has promised to prioritise ending the domestic violence epidemic – but even as he pays lip service to the issue, his government is cutting nearly $300m from crucial frontline services. Support networks gutted. Some closed altogether.
Actions speak louder than words, Mr Abbott. If those affected by domestic violence cannot find safety and support, we have no hope of solving this shocking national problem.
Sign the petition and tell the government our frontline services need to be fully funded: www.getup.org.au/protect-services