We are seeing the use of terms such as "Illegal", "Arsenals" "guns off the streets" & other sensationalising terms. So who made these guns illegal in the first place? Our government. Some guns being handed in now date back to WW2. All these thousands of "Illegal Guns" have supposedly been "on our streets" since WW2 & we only had one mass shooting which was in Tasmania!!! Don't you think this sounds a little odd?

Now we are hearing about private "arsenals", not collections or ownership but arsenals. Well if these private "arsenals" are such a risk, considered so dangerous, how come we have not had mass shootings like they have had in America? The confiscation of law abiding gun owner's guns after the Port Arthur shooting did nothing to stop crime, because these guns BELONGED to law abiding gun owners. But now you might as well put a poster out front of every Australian home declaring "This House Not Protected With Firearms"!!! Now we are seeing regular home invasions, AND you can face charges if you try to defend yourself or your family. Australian women are attacked & assaulted every 2 minutes in Australia & all the government did was to cut funding to women's help centers!!!

Surely we should have the right to defend ourselves & our families from harm? Yet in Australia it is illegal to purchase or carry ANYTHING for use in self defence, no guns, no pepper sprays, no tasers, not even marking paint!

Farmers used to be able to carry hand guns whilst they went about their daily work. Some carried snake guns which were cut down .410 shotguns for protection against snakes. Not any more. These were law abiding people who were suddenly classed as criminals because the government deemed it so! Shotguns, the farmer's stock in trade along with the little .22 rimfire rifle is now under attack by the Greens & the anti-gun lobby. Semi-auto .22s have already been banned, & now they want our shotguns as well!!!

As I see it it is no good us complaining & protesting against more gun control & the loss of our human rights. We need to put an end to this. Our government is supposed to be looking after our well being, that means ALL OF US. Not just big companies, not just the wealthy, but ALL OF US. This is no longer happening. Whether it be the environment, our safety, our freedoms, our human rights, our well being, or the right to choose our own lifestyle, the right to defend ourselves, our families & our homes. All that is gone now.

I think Australians need to ask themselves where this is all going, is there no end to the government seemingly uncaring attitude. If we have lost the right to defend ourselves & our families without risk of prosecution, then what rights do we have left that matters? People are dieing out there! Do you think that this can't happen to you? If the preservation of our freedom & the right to defend ourselves is NOT the most important thing in our lives, what is? 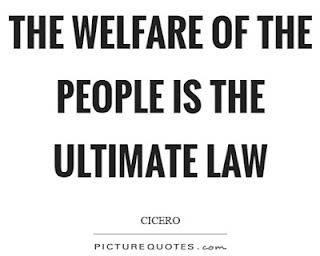