Colin Barnett Is Trying To Criminalise A 'Thing'. Literally. 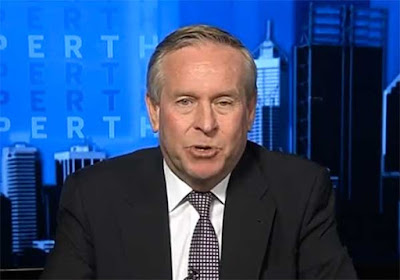 West Australia’s Barnett government is in the process of criminalising the possession of a “thing”. What kind of “thing”? Well, it could be any “thing” really.
Under anti-protest laws currently before the parliament the police need only suspect a “thing” may be used “for the purpose of preventing a lawful activity”, and the onus is on the ‘thing-haver’ to prove that’s not the case.
The bill also criminalises the creation of “a physical barrier to carrying on the lawful activity”.
If they can’t prove their innocence, offenders will face a year in the slammer or a $12,000 fine – and two years or $24,000 in certain circumstances.
https://newmatilda.com/2015/03/17/colin-barnett-trying-criminalise-thing-literally/