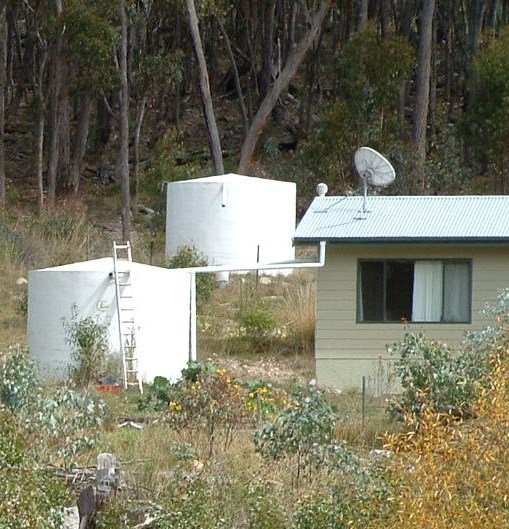 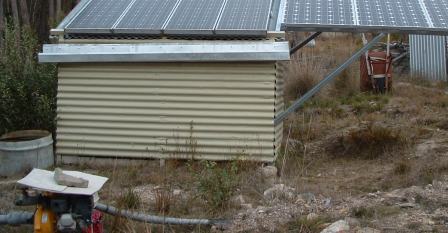 This pump is also a fire pump, it draws water from the stop cock on the side of the lower tank & pumps it up to the higher tank via a pipe that runs underground. 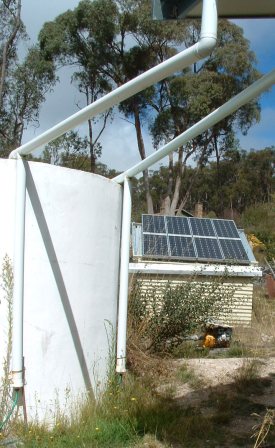 This image shows the two "first flush" pipes on the lower tank. Any dirt on the roof or in the gutters is washed into these two pipes. When full, a ball float in the pipe rises to the top closing off these tow pipes & allows the rest of the water to flow into the tank. Over time, the water in these pipes is supposed to slowly run out via the hoses at the bottom, but invariably the small hole blocks with dirt, so every now & then I remove the bottom of the pipes, drain & wash out the filters. 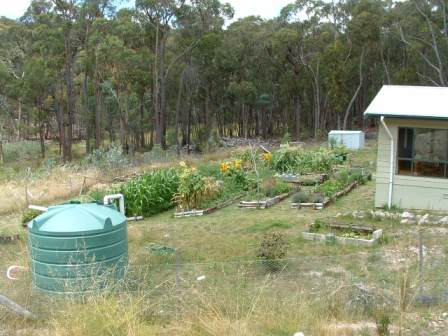 The garden tank was placed on higher ground to the level of the garden so it would gravity feed better, but this meant that it was too far away from the house to use an overhead down pipe to fill it from the roof at the end of the house. So I run the down pipe underground then back up into the top of the tank. 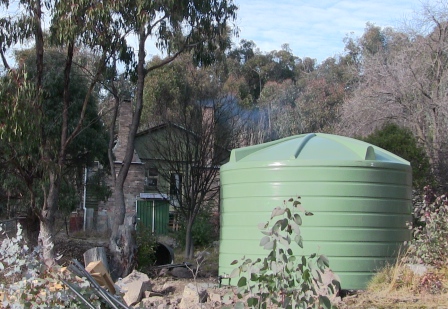 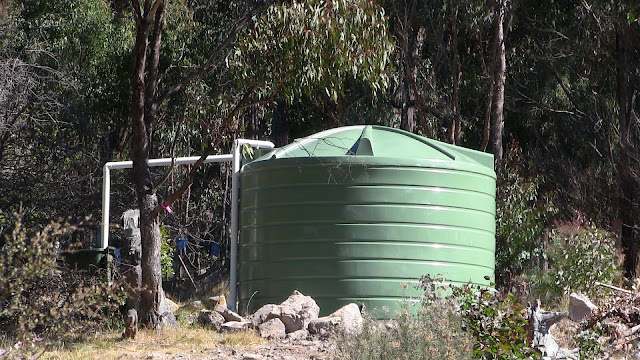 This is the new 5000 gallon poly tank that feeds the outside laundry, & Elm Cottage. This tank is fed from the roof of Elm Cottage, but the ground close to the cottage was too soft to provide a firm base for the tank, so we placed it on higher ground. Again this meant that the tank was too far away to use overhead down pipes, so again the pipe to the tank from the cottage roof was placed underground then back up & into the top of the tank. The other pipe you can see is an overflow pipe which I have run into a water butt. 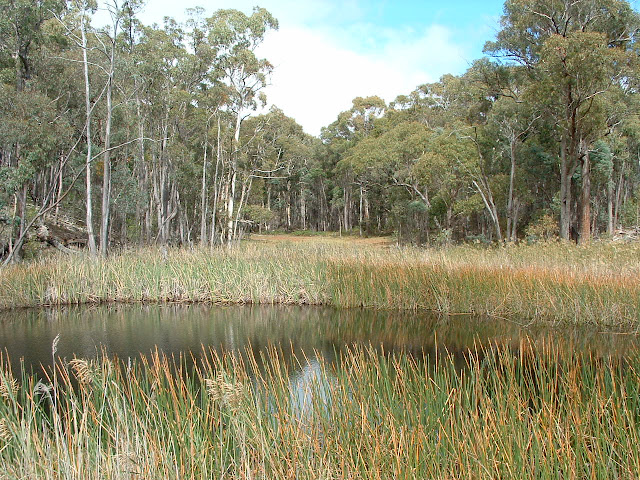 Cattail Pond is actually a dam we had put in to collect & store more water from the header stream in Butterfly Valley. It also enables us to keep fish for food. Cattail Pond feeds the gardens at both houses via another fire pump at the side of the dam.
Keith.
Posted by Keith at 5:45 PM