My Views On Carrying Modern Gadgets. 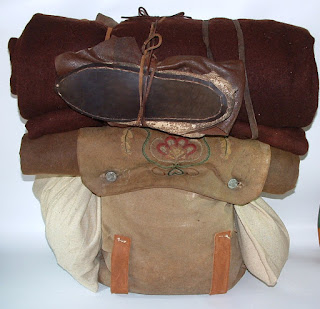 Something I posted on a UK survival forum recently after receiving so much negative feed back & comments.
Keith.
My Views On Carrying Modern Gadgets.


Okay, this is my take on the carry situation, or your Bug Out bag contents for long term wilderness/country living.

People are for ever saying that they will rely of modern gear because it is easier to use & when it is used up or broken they will simply discard it. Many state that they carry multiple items for making fire. Maybe they do the same with other gear as well, I don't know.

Personally I have gone to a lot of research & experimentation to arrive at the best kit I can possibly carry that will last me a lifetime in the wilderness. This equipment is backed up with the skills needed to use this gear.

Now if I were to take advice from many people who advocate the carrying of modern gear & extras for insurance, then some of the items I already have in my pack would have to be taken out to (a) make room, & (b) lighten the load.

Putting it another way, when one has to discard a modern gadget, there is nothing to replace it unless you can make a primitive item to replace it. You were carrying this gadget at the expense of carrying something more suitable. You have compromised your safety & security by leaving important items out of your pack to make room for your gadgets. Does this make any sense to you?

Okay so you do know how to use a flint, steel & tinderbox & you carry one with you. You know all about plant & fungi tinders & where to find dry kindling in the pouring rain & snow. But you still want to carry a cigarette lighter, a ferocerium rod & magnesium block because? I can probably make fire faster with a tinderbox than many people can with a lighter, so why would I want to carry a lighter? I would sooner carry that extra weight & bulk in gunpowder, water, food, modern medical supplies. These items are far more important than carrying battery operated torches, magnesium blocks, ferocerium rods, cigarette lighters, plastic or tin plates, fold away solar panels, eating utensils, fuel stove, multi-tool, or the myriad of other modern gadgets that are on the market today.

A ferocerium rod is NOT a good substitute for a tinderbox. So why have one? Why are you not practicing with a real flint steel & tinderbox? If this is just a hobby for you, just a game or something you like to do when camping out, fine, I am not saying that is NOT a legitimate thing to do, but do NOT try to convince me or anyone else that this is what you should do if you seriously want to survive should it all hit the fan.

I have been doing this stuff since before it became known as prepping, I have been doing this for most of my life in all weathers. I have survived attacks from people & wild animals, I survived cyclone Tracey in 74. I have lived off grid in the bush for most of my life. I try to pass on my findings, my knowledge & my experience because I am an old man & the things that I know are rarely practiced these days. And yet I am for ever finding people getting upset by what I say & am immediately put on someone's hit list. Is it jealousy? Is it because these people were used to being top dog on the forum until I came along & upset their ratings? Or is it because I no longer live in the UK & therefore can't be considered a reliable source of information?

Yes I am out of touch with matters in the UK, I would imagine things are far worse there now than they were when I was living there. I saw my old forest & field haunts being cut down, leveled & built on. I was running out of room to "play". So I got out, came here & bought myself a forest that no one can destroy. But that does not mean that you can't take what is of use to you & discard the rest. Basic survival needs are still the same no matter where you are in the world. Even some of the plants here are the same as in the UK & other countries. Before climate change took a hold it was the same weather conditions here in New England NSW as it was in parts of the UK.

There is different equipment to suit the individual, & there is the WRONG equipment to carry. No matter how big & strong you are, no matter that you can carry a child plus your backpack, it still comes down to carrying the right gear & NOT compromising your safety. There will already be a need for some compromise when packing for a trip between two principles : minimum weight & maximum self-reliance.
Keith.
Posted by Keith at 4:11 PM