YOU SERIOUSLY NEED TO READ THIS FROM BEGINNING TO END!!! How the rich plan to rule a burning planet 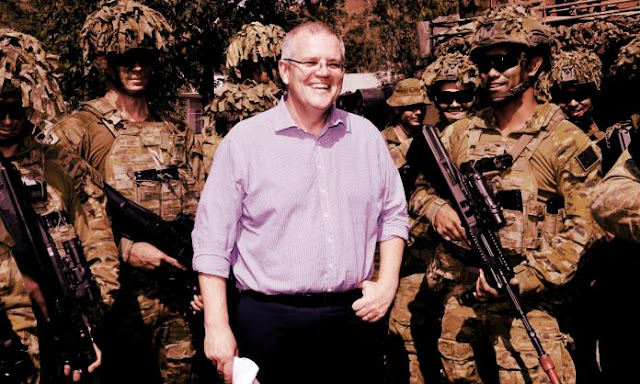 https://redflag.org.au/node/6974
How the rich plan to rule a burning planet.

“To believe that someone in Morrison’s position could genuinely be ignorant of the dangers of climate change is itself to give up on reason. The prime minister of Australia is among the most well-briefed people on the planet, with thousands of staff at his beck and call to update him on the latest developments in climate science or any other field he may wish to get his head around. The only rational explanation is that Morrison and his like are aware of the dangers posed by climate change but are choosing to act as though they’re not.”

“They are like angels of death, happy to watch the world burn, and millions burn with it, if they can preserve for themselves the heavenly realm of a system that has brought them untold riches. This is language that Morrison, an evangelical Christian, should understand. What might be harder for him to grasp is that he’s on the wrong side.”

“When seen from this perspective, everything becomes clearer. In the face of the climate crisis, the main priority of the global ruling class and its political servants is to batten down the hatches. Publicly, they’re telling school kids not to worry about the future. Behind the scenes, however – in the cabinet offices, boardrooms, mansions and military high commands – they’re hard at work, planning for a future in which they can maintain their power and privilege amid the chaos and destruction of the burning world around them.”