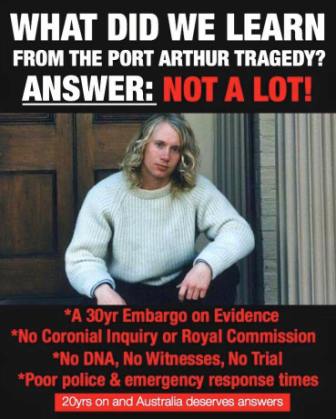 Port Arthur – HOW AUSTRALIANS WERE DISARMED BY A FALSE FLAG “MASSACRE” 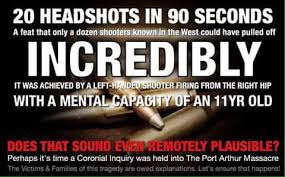 26 Coincidences Which the Media and Officials Cannot and Do Not Want to Explain at Port Arthur – Can you explain them?

All done by an intellectually handicapped young man with an IQ of 66 and the mental age of an eleven year old boy ? The whole event was planned and announced in Hansard 2 years earlier – Why – to disarms us. Bryant was never given a proper trial. Prime Minister Johhny Coward prevented it! All previously arranged. He should replace Martin Bryant in jail! 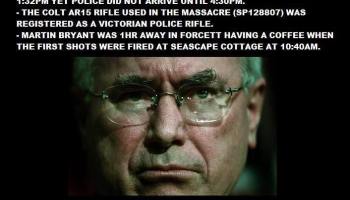