TREATY OF VERSAILLES and THE LEAGUE OF NATIONS: 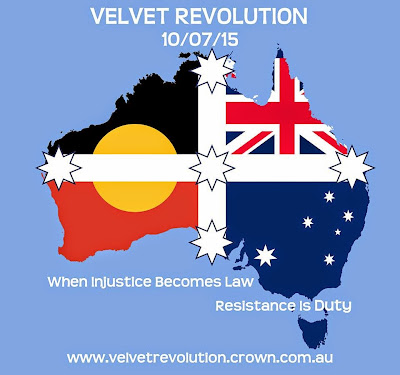 TREATY OF VERSAILLES and
THE LEAGUE OF NATIONS:
The League of Nations has NOTHING to do with Australia's Independence or breaking ANY TIES with Britain.
http://www.historylearningsite.co.uk/leagueofnations.htm
It is in actual FACT a Peace Treaty of countries of "The World" to prevent the atrocities and devastation of World Wars I & II from EVER happening again. Some countries were excluded from The League of Nations (for a while) countries such as Germany, Austria-Hungary, Turkey and Bulgaria due to the FACT that these countries started The Great World War.
QUOTE:
"World War I & II had left Europe devastated. Those countries that had fought in these Wars, had suffered casualties never experienced before:
Britain : 750,000 soldiers killed; 1,500,000 wounded
France : 1,400,000 soldiers killed; 2,500,000 wounded
Belgium : 50,000 soldiers killed
Italy : 600,000 soldiers killed
Russia : 1,700,000 soldiers killed
America : 116,000 soldiers killed
Those who had fought against the Allies suffered heavy casualties as well:
Germany : 2,000,000 soldiers killed
Austria-Hungary : 1,200,000 soldiers killed
Turkey : 325,000 soldiers killed
Bulgaria : 100,000 soldiers killed
The total deaths of all nations who fought in the war is thought to have been 8.5 million with 21 million being wounded.
END QUOTE
Out of The Treaty of Versailles; came ARMISTICE DAY
(Where every country in the world stands in silence for 1 minute
on the 11th Hour of the 11th Day of the 11th Month; in memory of the great loses of the world during those wars and
The League of Nations was born which was a World wide agreement for PEACE!
The TREATY OF VERSAILLES:
Woodrow Wilson the President of the United States of America at the time had written a fourteen point document of how he believed the world should be, these are
The 4 Main Points
QUOTE:
1) no more secret treaties
2) countries must seek to reduce their weapons and their armed forces
3) national self-determination should allow people of the same nationality to govern themselves and one nationality should not have the power to govern another
4) all countries should belong to the League of Nations.
(Even though America NEVER SIGNED UP to The League of Nations)
END QUOTE
HOW DOES THE LEAGUE OF NATIONS AFFECT AUSTRALIA?
QUOTE:
"3) national self-determination should allow people of the same nationality to govern themselves and one nationality should not have the power to govern another"
END QUOTE
Aside from the FACT that
"The People of the Commonwealth of Australia" at that time were predominantly British subjects,
The Constitution Act 1900 (UK)
does clearly state exactly that;
"The People of the Commonwealth of Australia Rule Supreme and that we Govern" and we do, that is why we choose a government to implement Laws, Legislation, Acts and Rules for the Peace, Order and Good Governance for "The People" our Country and our GOD,
(Our Christian Faith which our Constitution was founded on) However, to implement and alterations to our Constitution
(It MUST FIRST GO TO A REFERENDUM) including ANY TREATIES signed on our behalf.
The Constitution Act 1900 (UK) is
"An Act to Constitute the Parliament of Australia"!
PM Billy Hughes did not hold a referendum of "The People" to remove the Queen as our Head of State or Monarch as is often the Fallacy of "The People and Government" and in FACT if any agreement has been signed by the Government of Australia that is to in any way to alter, interfere with or Change our Constitution in ANY WAY, that agreement is VOID, UNLawful and is Unconstitutional unless "The People allowed for it at referendum"!
Results shown below are from the Australian Electoral Commissionhttp://www.aec.gov.au/…/re…/Referendum_Dates_and_Results.htm
REFERENDUM'S:
At the beginning of any Referendum, the Government word the question as follows;
QUOTE:
"To GIVE the Commonwealth the POWER to LEGISLATE"
OR
"To SEEK AUTHORISATION to"
OR
"To ALLOW the Commonwealth to"
END QUOTE
This means the Federal Government are asking "The People" (PERMISSION) to give the Federal Government the POWER to LEGISLATE for something;
This PROVES that
"The People RULE SUPREME" under "The Constitution Act 1900 (UK) for the Federal Government to have to ASK the PERMISSION of "The People" this PROVES that the Federal Government are ONLY there to implement
"The WILL OF THE PEOPLE"!
No Referendum exists (Where the results have been carried, approved or been given the YES VOTE) of "The People" for ANY POLITICIAN to sign anything that may affect the POWERS contained in our Constitution Act 1900 (UK).
Therefore, The Queen of England is STILL OUR HEAD OF STATE and our MONARCH.
Britain is a Foreign Power now, but that does not eliminate the "The Commonwealth Constitution Act 1900 (UK)" or the POWERS and LAWS that are EMBEDDED in it and it DOES NOT remove Queen Elizabeth the Second, her heirs or successors as our Monarch or Head of State.
And as recently as 2006
7 High Court Judges ruled that the Constitution Act 1900 (UK) Still Rules Supreme!
UNITED WE CAN AND WILL MAKE A DIFFERENCE!
WEBSITE: http://www.velvetrevolution.crown.com.au
FB PAGE:
https://www.facebook.com/AUVREV
FB GROUP: https://www.facebook.com/groups/AUVREV
EVENTS: https://www.facebook.com/groups/AUVREV/events/
EMAIL: lyn.bennetts7@gmail.com
TWITTER: https://www.twitter.com/VREVAU
Regards
Lyn Bennetts
National Organiser of
VELVET REVOLUTION
Our Brilliant Constitutionalists
And our dedicated VR TEAM,
UNITED WE STAND SIDE by SIDE; AGAINST Tyranny, Fraud, Treason and Political Corruption!