20 hrs ·
THE TRAGEDY OF A NATION:
WHEN GOVERNMENT BECOMES THE ENEMY OF THE PEOPLE:
We have posted a link to Peter Wellingtons (Qld Ind) page where he refers to the decision in Qld Parliament last night to give mining companies unfettered access to the water of the Great Artesian Basin.
It now seems clear that the plan of the Abbott Federal Government and both the Baird Government in NSW and the Seeney Newman Government in Qld is to mine all the productive farmland and give all the available water across to the mining and coal seam gas companies.
Since there are no genuine attempts being to help the tragic plight of our drought stricken farmers, it would seem that the next part of that plan to simply allow the banks to sell them off and allow the Chinese to buy them.
Nobody in high places is denying these suggestions, however far-fetched they might seem to the most trusting and politically naïve amongst us..
It would seem the question of who will feed the Australian people in the future hasn't even crossed their minds.
So here is the truth: We have been plundered, we have had our assets and property rights stripped off us - and yet the voters - the good and decent Australian people - have never been asked their opinion about this. Not once.
All of this has been done by stealth and behind closed doors.
How did this really happen? Maybe one day the truth will come out. and its going to be shocking stuff.
Clearly, what happens next is not going to be pretty.
Please come on board and stand beside us in defence of our country. Your grandchildren will thank you.he
.

Peter Wellington
Artesian basin on death row following LNP changes to Water Act
Last night the LNP committed environmental vandalism by changing the Water Act to give mining companies unfettered access to water.
This means that water in our great artesian basin that has been accumulated for thousands of years is under threat. Opponents of the legislation have estimated a volume equal to 10 Sydney harbours will be taken over the next 30 years.
Just over a decade ago, farmers were worrying about the diminishing supply of water from the great artesian basin. And yet this LNP Government has bowed to pressure from the mining giants and given them unfettered access to this water.
As one Darling Downs cattle producer said on the ABC today, there’s one rule for the miners and another for the farmers.
The lowering of the water table, means the farmers come a poor second and will have to compete with the big miners to survive.
And when the mines are finished and the water is all gone we will be left with an arid desert.
The Government boasts about new trading agreements with China to buy our agriculture products but how the hell can you have a viable cattle/sheep industry when the miners have turned the State into a big quarry. We’ll be buying our food from New Zealand who unlike the LNP Government value and protect their farm land.
Just another example why people need to put LNP last on the ballot paper. 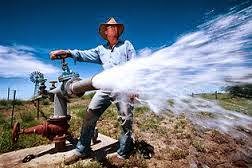 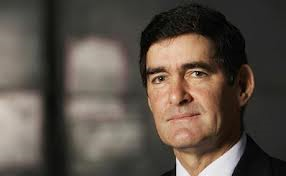 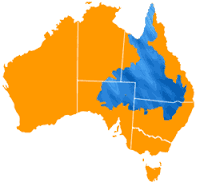