WA uses mounted police and dogs to seize tents and valuables at Indigenous Refugee Camp after eviction from community. 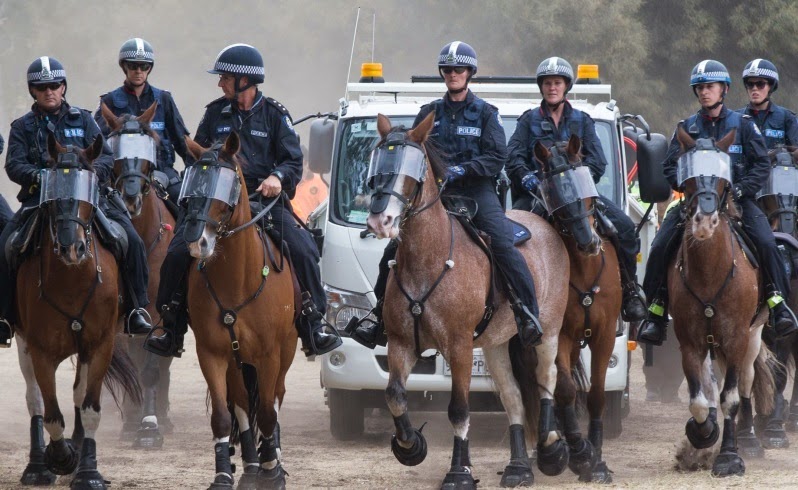 WA police have used K-9 dogs and dozens of Mounted Police to seize the tents and valuables of Refugee's and their supporters. Djurin Republic of the Nyoongar established a 'Refugee Camp' for their displaced people at Matagarup (Heirisson Island) Perth, Western Australia, following the announcement that First Peoples living on their homelands would be removed
http://nationalunitygovernment.org/content/wa-uses-mounted-police-and-dogs-seize-tents-and-valuables-refugee-camp


I ask myself, who's side are the police on? Their job is to serve & protect Australian citizens, & yet here we see them working against Australian citizens at the request of the government. So is this what all of us can expect if push comes to shove? Is this why the government is so keen to remove firearms from law abiding citizens?!!!
Where does the military stand on this? These police & military are all Australians, but it seems that we are not the same Australians. If you wear a uniform, it gives you the right to go against your own people without any fear of repercussions or feeling guilty.
I think we need to bear this in mind. The police & military may not be our protectors anymore, but in certain circumstances could become our enemies.
Posted by Keith at 4:19 PM