Domestic Violence is Rife In Australia, Please Sign This Petition. 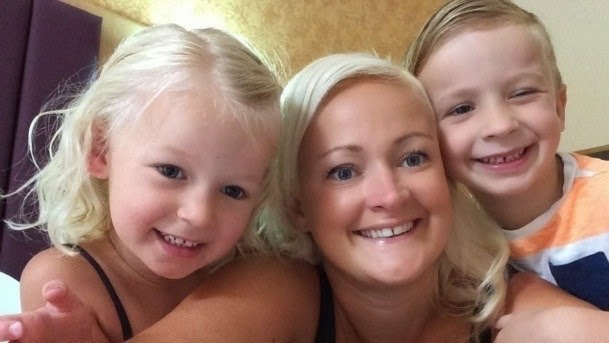 He punched me until I was unconscious, strangled me four days before my son was born and again when I was 7 months pregnant with my daughter, punched me in the face whilst me children screamed, terrified – we fled when my daughter was just 6 weeks old, then police applied for IVO.
But despite 30 breaches of domestic violence orders, my attacker is still free.
He's been convicted and sentenced three times, since first conviction in 2011 yet is on bail right now and hasn't spent a day in jail. Despite charges of threat to kill, and threat to cause actual harm.
Writing all this down in a petition is terrifying. My mind re-lives the fists, the choking and thinking i would die with my baby growing inside me, seeing my little boy hitting the ground in my home and his smashed up room. Living in fear and always looking over my shoulder,. But I'm doing it because right now we have an opportunity to fix these laws leaving women at the mercy of domestic violence abusers.
I tried to leave, called the police, and showed up to court for trials, I cried as he walked out of court, after being being found not guilty, as there wasn’t 'evidence beyond reasonable doubt', while he looked at me and laughed
The police’s “intervention orders” didn’t stop him. They weren't enforced and he found me at a safe house. Unbelievably – legal aid was offered to him and so representing me was denied as a "conflict of interest".
Just trying to escape the abuse left me broken. I was left in $30,000 in legal debt for ensuring he didn't get custody of my kids, and forced to move interstate, for my own safety . He hasn't paid 1 cent in child support so all my kids' clothes, medicine, nappies are paid for from my student allowance and centrelink.
All I want is to move on, but financially and with my attacker still free I can't do that. I just want the government to act – and fix the laws that are doing this to people by:
Please help me change these laws that leave domestic violence victims stuck in terrifying limbo – and in huge financial debt.
Please sign & share.
Thank you for reading. Dani x
https://www.change.org/p/tony-abbott-state-premiers-i-tried-to-flee-my-abuser-fix-these-domestic-violence-law-loopholes-now?utm_source=action_alert&utm_medium=email&utm_campaign=257471&alert_id=VgbBztYxZA_E8AsbgzjdK4t8VHdEkcqfsZLghmWSAzD5kwlB0OHgbQ%3D