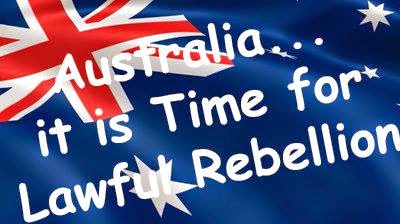 If the Queen does not respond to the Notice of Lawful Rebellion by January 1 and all Politicians of State and Federal Governments Refuse to RESIGN by the same date. It is proposed that STRIKES AND BLOCKADES similar to those that occurred in 1975 begin on the 2nd of January 2015 until such time as the Royal Australian Army assumes the caretaker Role of Government until such time that Constitutional Elections can be held.The POLICE will be required to surrender all weapons to the ARMY and Stand Down. FOR THE SAKE OF FREEDOM AND A PEACEFUL RESOLUTION THE CO-OPERATION OF GOVERNMENT, MILITARY AND THE PEOPLE IS REQUESTED.