Scientist's Three Scenarios For Anthropogenic Climate Change TEOTWAWKI. None Of Them Are Good.

Scientist's Three Scenarios For Anthropogenic Climate Change TEOTWAWKI. None Of Them Are Good!!! 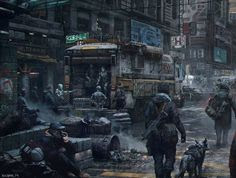 These are in no particular order:

1) Society will not collapse, it will morph into a Dystopian society & the human race will survive, but there will be a lot of suffering & death. At least 250,000 people are expected to die each year from climate change disasters. There will be food & water shortages. 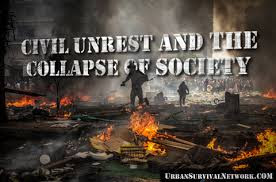 2) Societies will collapse but the human race per se will survive. There will be a lot of suffering & death. 83 Million people are expected to die within the next 80 years.

3) Societies will collapse, possibly within the next 10-30 years depending on the increase of carbon emissions. The human race may go extinct within the next 80-100 years.

None of these scenarios are good, & people need to start preparing for the coming disasters now. No one is going to change society, farming methods worldwide are not going to change, & no one is going to stop the burning of fossil fuels completely & immediately, & this is what it would take to stop climate change.
There is a general acceptance that farming will be drastically effected, some by the increase in pests due to the increasing heat, others will cease to exist because the heat will simply be too much for stock to withstand.
Some cities are likely to become uninhabitable due to the increasing heat. In all this there will of course be more frequent & more severe disasters such as floods, droughts, hurricanes/cyclones, tornadoes, & sea rise. The oceans are becoming more acidic day by day, & this will cause the demise of many if not all of our sea food supplies. Waterways will become increasingly polluted from agricultural run-offs & bushfires. Drinking water will become increasingly contaminated. Bushfires/wildfires will become more frequent & more sever.
Scientists predict there will be more sever Zoonotic diseases due to the heat, droughts, & the destruction of wildlife habitats by forest clearing & bushfires. 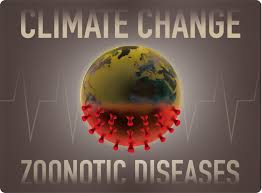