How might we change the way we use energy so that we are more resilient and reduce the negative impacts on people, other living beings, and the planet? 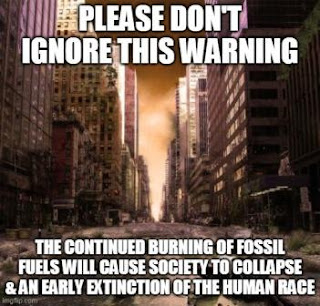 How might we change the way we use energy so that we are more resilient and reduce the negative impacts on people, other living beings, and the planet?

By changing society & stopping the burning of fossil fuels completely & immediately. If we do not do this, society will collapse in the very near future, & the human race may go extinct within the next 100 years.
I know, people say this can’t be done, how can we live without electricity etc etc. My wife & I lived for over 20 years without electricity & we raised three fine sons in that time. Society was changed in WW2, & we survived. We did it then & we can do it now. The problem is that the majority of people are asking for something impossible, they want change, but they themselves do not want to change. They expect the governments to stop climate change without them having to change their environmentally damaging city lifestyles, it CAN’T be done.
So the peoples of the world have a choice, they can either change society & stop the burning of fossil fuels completely, or today’s children will likely die from climate change.
Yes I know, this is not going to happen, too much selfishness, greed & apathy, & corrupt government ministers are still making a lot of money from fossil fuel corporation bribes.
Time to start preparing for what is coming.
'Very grim world': Dr David Suzuki's prediction for the future
David Attenborough warns of ‘crippling’ climate crisis after being handed Cop26 role
Climate tipping points may have been reached already, experts say
Climate apocalypse is here, now: Science fiction has become our new reality How Global Warming May Eventually Lead to Global Extinction
Terrifying Study Finds Melting Permafrost Could Unleash Way More Carbon Than We Thought

Scientists Warn Humanity in Denial of Looming 'Collapse of Civilization as We Know It'
One Year After Declaring Climate Emergency, Scientists Push for 'Massive-Scale Mobilization'
Global Grasslands Now Contribute to Climate Warming, Study Finds
Fires and floods: Brace yourself for more of this, experts say
Counting Down To Civilization’s Collapse
How deadly is 50-degree heat? And how will our cities cope when it happens?
Human civilisation and modern society 'to collapse by 2050', shock paper warns
Could climate change REALLY kill six billion people by 2100?
Niel Bowerman: Could climate change make Earth uninhabitable for humans?
Climate change will cause societal collapse, probable catastrophe, and possible human extinction
'Uninhabitable hell': Climate change and disease threaten millions
Welcome to the Anthropocene Age. Will it be the end of us?
More Frequent, Severe Climate-Fueled Disasters Exacerbate Humanitarian Crises
‘High likelihood of human civilisation coming to end’ by 2050, report finds
Human society has 90% chance of collapsing in the next few decades. But why?
Inquiry hears natural disasters likely to become more intense and frequent in future | Sky News Australia
Anthropogenic climate change accelerating faster than earlier, natural analogs - Advanced Science News
Climate change is only going to make health crises like coronavirus more frequent and worse
'My home is touched by the sea': Climate change displacing one person every two seconds, Oxfam says
'Uninhabitable Hell:' UN Report Warns of Planet's Future for Millions Without Climate Action
Are We Really Past the Point of No Return on Climate? Scientists Respond To Controversial New Study
2 °C of Warming Could Open The Floodgates For 230 Billion Tons of Carbon to Escape
Global warming is on pace for catastrophic 3.3º C without drastic measures
Whatever happens … it’s the end of the world as we know it Australia's Bushfires Burned an Area Twice the Size of Florida. Climate Change Means That's Just the Beginning, a New Report Warns
Global warming likely to increase disease risk for animals worldwide
A warning on climate and the risk of societal collapse | Letter
Global warming at 'boiling point', warns expert
As World Teeters on Brink, Over 250 Scientists and Scholars Warn of Full-Fledged 'Societal Collapse'
Climate change: Threshold for dangerous warming will likely be crossed between 2027-2042: Scientists introduce a new way to predict global warming, reducing uncertainties considerably 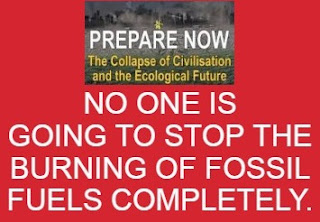