All just Promises & Bullshit. No One Is Going To Stop The Burning Of Fossil Fuels Completely!!!

Australia, America, China, all false promises & bullshit, no one is going to stop the burning od fossil fuels before society collapses. Climate change is accelerating, mere reductions in carbon emissions are not going to be enough. Anthropogenic global warming is now causing carbon & methane emissions from damaged forests & permafrost, Australia is promoting the use of more gas, & China is constructing more coal power electricity stations!!! Don't be taken in by this false rhetoric, it is just smoke & mirrors, delaying tactics whilst the wealthy get wealthier by the day!!! 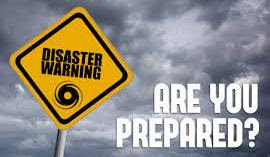 Better to be prepared too early than too late, start preparing now for what is coming. As incredibly ludicrous as it may seem, the majority of city people & governments are prepared to keep burning fossil fuels until society collapses, until TEOTWAWKI, & from there we may well see the extinction of the human race within the next 100 years. If there is a chance of survival, then only the prepared will survive. The cities will be a death trap, no food, no water, no sewage, no electricity. Underground sites will flood because of no pumps working. Even IF the military are called in, how long can that last? Martial Law, curfews, more crime, home invasions, looting.
If you can't leave the city now & go off grid, then at least think about what you are going to do. Make plans, have an evacuation plan. Start getting some sustainable equipment together, start learning primitive skills, start a store of survival foods; dry foods that keep well & are lighter to carry when you leave.
How long have we got?
Maybe 5 years, maybe 10 or 20 years. Scientists predict that society could collapse within the next few decades.