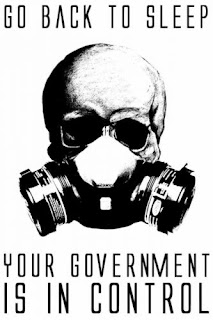 Thoughts For The Week.
“Socialism is the doctrine that man has no right to exist for his own sake, that his life and his work do not belong to him, but belong to society, that the only justification of his existence is his service to society, and that society may dispose of him in any way it pleases for the sake of whatever it deems to be its own tribal, collective good.” Ayn Rand
The results of the latest Federal election show that the 2 million licensed firearm owners in Australia chose which ever shade of socialism that they considered least onerous rather than voting for independent/minor parties who stood for the rights of the individual. Many of us did vote the right way, but most followed their traditional voting patterns handed down by their parents, or moulded by university academics. If the 2 million of us who own 6 million firearms, per the Commonwealth Crimtrac /Registry had voted for pro shooting parties we would have had a voice in the Senate, and meaningful block that could protect us from more impositions and begin to correct the atrocities of the past. Instead we have more of the Tweedle Dee and Tweedle Dummer, Lab/Lib/Nat/Gr the ‘Oligarchy’ that has enslaved us for thirty years.
While we suffer un-warranted searches, 12 month waiting periods, rising fines/fees for doing no wrong, but begging for a renewal, Permit to Acquire, a new application, or one day late in a renewal and start all over again, this whole firearm registration organization is a waste of billions of dollars and human endeavour. Everyone who thinks about this knows that the system is only controlling the good people and does not one twit, to prevent crime, solve a crime or save a life, in fact it costs lives as it leaves the harmless people defenceless. Anyone with the intent to take life is not going to be inhibited by breaking a firearm law.
Just in this last month two interstate policemen visited our premises and I had to give them a statement attesting that I had not received some firearms that had allegedly been sent to our premises from interstate two years ago, the firearms had been located elsewhere. I was informed that they were part of 300 handguns that had been misdirected by one person in their state. I naturally asked why was this not immediately noticed by the new 25 million dollars (or was it 50 million) computer run by the Commonwealth that consolidates all the states firearm registries? I was told that even the new Commonwealth computer system that recorded the information from all states has not got the ability to cross reference State transfers. He also added that the State registries were two years behind in up dating the information.  I reminded him that the last Senate inquiry had found that a third of the items of information that had been recorded had some information/content that was incorrect. Within a few days of this incident another inquiry from another State Police force with another list of firearms.  We had sent (within the two week time allotted for submissions), the detailed Form 10 to QPS but they had not yet informed them that these firearms were now on the Queensland register, again two years old information that had not been processed. Then again a few days later a customer from 2017, who we had registered firearms to his licence and recorded that information which had been sent to the QPS amnesty registry told us that the guns had not been added to his list of firearms. A few days after that we read the press release that the Victorian Police had lost 189 firearms. We know that this has happened in all states and the Defence Forces, so besides all those fake news 3 D printed firearms and all the real ones coming in from overseas there is no shortage of illegal firearms for those with ill intent to acquire. Such as the paroled prisoner in Darwin who was wearing an electronic monitoring bracelet, he had an illegal pump action shotgun and killed 4 people. The only thing that stops these people is a person with another gun. 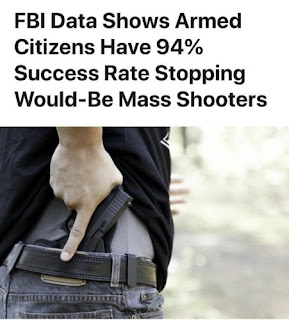 Phone 000 and wait to die as the Police are only there to tidy up afterwards, they are never going to be at the incident quick enough. In those situations you have a human right to defend yourself and others, and if you or another are armed, lives can be saved. Governments know this, but chose to keep the people defenceless.
Do We Own Our Lives?
We buy our firearms, we buy a permit to own our firearms and without you doing any wrongs that permit or that licence is removed and so is your ownership. The State controls your property so do you really own property, not just firearms property but house property, or business property, or vehicle property? We used to own and control our own property but with creeping socialism, Bob Hawke’s Gradualism, and John Howard’s Fabianism our rights to control and own our property have been extinguished. Ownership without control is a contradiction in terms: it means “property,” without the right to use it or to dispose of it. It means that the citizens retain the responsibility of holding property, without any of its advantages, while the government acquires all the advantages without any of the responsibility.
There is no difference between communism, national socialism or socialism, except in the means of achieving the same ultimate end, communism proposes to enslave men by force, socialism, by vote. It is merely the difference between murder and suicide.
In this respect, socialism is the more honest of the two tyrannies. Just “more honest,” not “better”, because, in practice, there is no difference between them: both come from the same collectivist-statist principle, both negate individual rights and subordinate the individual to the collective, both deliver the livelihood and the lives of the citizens into the power of an omnipotent government and the differences between them are only a matter of time, degree, and superficial detail, such as the choice of slogans by which the leaders delude their enslaved subjects.
When you consider socialism, do not fool yourself about its nature. Remember that there is no such differences as “human rights” versus “property rights.” No human rights can exist without property rights. Since material goods are produced by the mind and effort of individual men, and are needed to sustain their lives.  If the producer does not own the result of his effort, he does not own his life. To deny property rights means to turn men into property owned by the state. Whoever claims the “right” to “redistribute” the wealth produced by others is claiming the “right” to treat human beings as chattels. 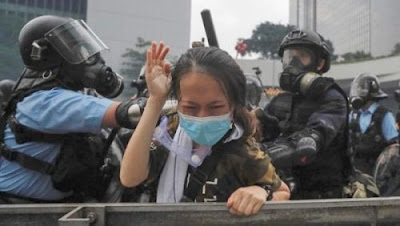 Today in Hong Kong good people are making huge sacrifices to stop their people from being extradited to Mainland Communism, we used to observe the nightmare of the desperate efforts made by hundreds of thousands of people struggling to escape from the socialized countries of Europe, to escape over barbed-wire fences, under machine-gun fire, it is un-believable that in our time we have our academics and journalists advocating a return to a full on socialist state on a daily basis. How can anyone believe that socialism, in any of its forms, is motivated by benevolence and by the desire to achieve men’s welfare. To day you cannot use your land for your benefit, your told where you can walk, where you can go, which cars you want to drive, how your employ people, what business you want to carry out and where it is. Find me a free person in Australia someone who has never been forced by the government to do something?
No genuine person of intelligence could evade or ignore so great a horror on so vast a scale as the social slavery imposed by socialism, but we like the Germans of pre war are accepting it on a daily basis, bit by bit.

Socialism has never been a movement of the people, or from the people. It is a movement of the people with huge amounts of money and power that pay the intellectuals like Marx, Engels, Trotsky, Hitler, and Lenin they originated it in the early 20th Century, and their successors today lead and control today's university intellectuals, from their stuffy ivory towers sending it into those bloody streets of practice where they unite with their allies and executors, the thugs like Stalin, Mao Tse-tung, and Pol Pot.
During the 1930s the National Socialists ‘Nazis’ defended their policies, and the German did not rebel, they like us today accepted the Nazi arguments. Selfish individuals may be unhappy, the Nazis said, but what we have established in Germany is the ideal system, Socialism. In its Nazi usage this term is not restricted to a theory of economics; it is to be understood in a fundamental sense. “Socialism” for the Nazis denotes the principle of collectivism as such and its corollary, statism, in every field of human action, including but not limited to economics.
The generations that preceded us sacrificed their lives and fortunes to stop socialism in all of its forms, people died on both sides either opposing National Socialism or Defending International Socialism and those that lived had it imposed on them by stealth in the ensuing years. George Soros, the modern day Dr Gobbels who controls the Media.
“To be a socialist,” says Goebbels, “is to submit the ‘I’ to the ‘Thou’; socialism is sacrificing the individual to the whole.” By this definition, the Nazis practiced what they preached. They practised it at home and then abroad. No one can claim that they did not sacrifice enough individuals.
We firearm owners are the “I” that have to be sacrificed to the “Thou” our rights to the ownership of property and the right to defend our ourselves and our families are to be sacrificed on the alter of Socialism. Forced and pressured not by Dr Goebbels and the Nazis, not by Stalin and Communists but by faceless nonentities from the Socialist /Green/Oligarchy funded by George Sorus and his foundations.
Ron Owen
“whenever the Legislators endeavor to take away, and destroy the Property of the People, or to reduce them to Slavery under Arbitrary Power, they put themselves into a state of War with the People, who are thereupon absolved from any farther Obedience, and are left to the common Refuge, which God hath provided for all Men, against Force and Violence. Whensoever therefore the Legislative shall transgress this fundamental Rule of Society; and either by Ambition, Fear, Folly or Corruption, endeavor to grasp themselves, or put into the hands of any other an Absolute Power over the Lives, Liberties, and Estates of the People; By this breach of Trust they forfeit the Power, the People had put into their hands, for quite contrary ends, and it devolves to the People, who have a Right to resume their original Liberty.” John Locke
……………………………………….
Any Inquiries email owenguns@spiderweb.com.au