Update on Assaults, Murder, Rapes, Car Jackings & Home invasions as of May 2018.

Possessing any object specifically for the purpose of self-defence, lethal or non-lethal, is a criminal offence in Australia. There are many women, raped and/or murdered, who would have been liable to prosecution had they been carrying anything that might have saved them. 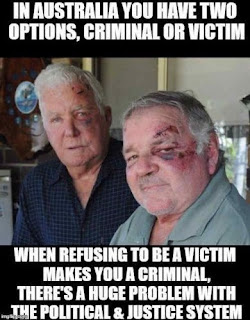 This list probably does not include all the assaults & killings, just the ones I have managed to pick up.
Keith.